What inspired you to become an athletic director?

It wasn’t what I had planned in my life. I had a great college volleyball career at Stephen F. Austin where I received my masters degree and served as an associate professor. My original plan was to build a career in corporate fitness at USAA.

It was 1989 and after college I returned home waiting to start USAA.  I had about 5 months between college and the new job. During this time, I was offered a job to coach volleyball at a private school, part-time, until I started at USAA.  They offered for me to teach PE because they needed help.

I fell in love with it and have been coaching and teaching ever since.

In 2006, I became a vice principal where I learned curriculum, discipline, and operations for seven years. I gained knowledge and skills that help me as an athletics director now.

Mr. Toscano (current superintendent) was my principal at the time and taught me how to be an administrator and help teachers be the best they can be. I use this same approach with coaches.

As I moved to the athletic world, I started Assistant Athletics Director and now Athletic Director. As an assistant, I took care of a lot of problems before handing at to the AD. All in all, I’ve been through it all and can see things from all angles.

My job is to guide and influence our coaching staff who then is responsible for guiding and influencing the student athletes. What we live by every day is we want to create better people first, better students second, and better athletes third. Giving the student athletes that opportunity to develop into productive citizens, by creating that work ethic and discipline.

For us, it’s about the products that we put on the field and when they walk off the campus at graduation. Many times, these kids move back and work for us. That says a lot.

At East Central ISD, what has made you most proud?

I’ve seen kids that I’ve coached coaching against my teams. They thank you for the tough lessons that they had to learn going through my program that made them better prepared for teaching and coaching.

Early in my administrator roles, I was at lunch one day at a restaurant and this guy came up to me and told me I saved his life. I was surprised so I asked him how. He had a lot of discipline problems his senior year. He had to make 3 Saturdays in discipline in order to graduate. He asked if he could sleep the night before at the school so he wouldn’t miss it. So we put up a tent and he made the Saturday school. He’s now working and successful in what he does.

What do you believe are the benefits of athletics for students?

It’s proven that kids who are involved in extracurricular activities achieve better grades. In addition, discipline is learned, more social interaction occurs, and students gain skills to be productive citizens in whatever they choose to do.

We’re going to instill in them the tough lessons that develop character. Character development is huge for us. We take the time weekly focus on lessons that build character. We’ll even give up practice lessons to do this kind of work.

It’s not easy to work for ECISD because the expectations we set are very high. We check and verify. We don’t set them high and then leave you out there. For example, we do walkthroughs of classes, we keep up with grades, coaches, and teachers. When you think of EC the first word that comes to mind is family. Like we all say, “Once a Hornet always a Hornet”. We’re here as a support system and an extension into your family and home. Family is the most important thing to all of us.

Explore the benefits of athletics here 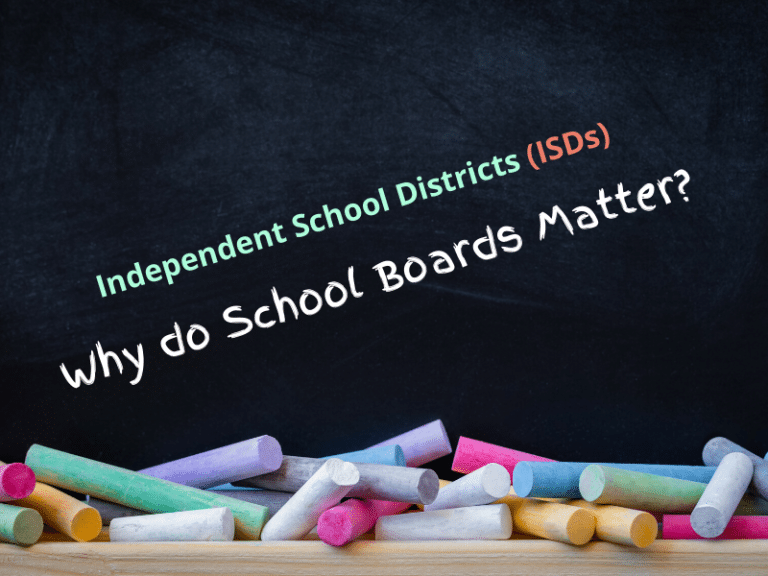 What does a school board do?